Addicted to Collard Greens or Repu?

Are You Addicted to Collard Greens?!

Also known as repu from Zambia 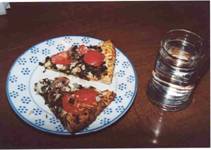 I have to confess I am addicted to collard greens known as repu in Zambia. Not the American collard greens but the actual repu from Zambia. Last year when I went to Zambia, I brought a packet of repu seeds with me andplanted them in May this year. Now the repu has just exploded. There are 3 beds of it and I am eating it practically everyday. I just love the taste. During the first week, I was cooking it with peanut powder; what is known as kusashila in Bemba and kutendela in Tumbuka. But now I have found some new ways of enjoying the repu or collard greens. 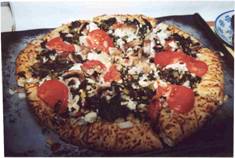 I discovered this new way of eating repu. First I cook it the way I normally cook it. I cut it, slice some tomatoes and onion and add a little cooking oil and salt. I boil and stare them until the repu tastes just cooked. I never overcook repu. Then I get that already baked but dry Italian pizza round crust that is the size of an average size dish or plate. You can but this from Costco. Then you buy mozzarella cheese and if you want cheddar cheese. You sprinkle a layer of mozzarella cheese, then very generously put a layer of cooked repu with the soup squeezed out of it. If you don’t like it very much put thin layer but if you like it a lot, put a thick layer. On top of that spread some shredded onion, then sliced tomatoes, and mushrooms. You can then as an option spread some cheddar cheese on top. Put your oven at 375 degrees and bake for 10 minutes. After the cheese has melted, take the pizza out and let it cool a little bit. Then cut the pizza into 8 pieces. When you eat it, keep a large glass of cold water. Watch out so that you might not bite your own fingers, for it is that delicious!!!