The Law of Potholes

Entertainers Stevie Wonder and Ray Charles could drive on any Interstate highway blindfolded because most Interstates have decent well paved roads. The two entertainers would barely drive fifty yards on the roads that go to the country side in any African country especially on the Great East Road of my home country of Zambia. This is because of giant poles. In fact a European journalist once claimed that the potholes were so big that if a giraffe stood in them, a driver could see only the tip of its head. 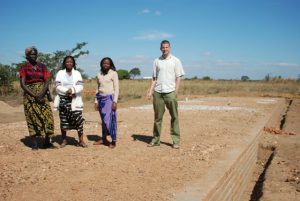 In July of this last summer, I decided to take my middle school son to go and visit my relatives at home back in the African village especially to meet his aging grand parents. The flight from Washington, D. C. via Amsterdam (Holland) to Zambia’s Capital City of Lusaka took seventeen hours. Once we arrived in the Capital City, we had several options in traveling by road nearly five hundred miles to the Eastern Province of the country. I have always enjoyed traveling this distance so many times over the last twenty years, that my thoughts are jammed with fond and nostalgic memories of youth and adventure. However, nothing could have prepared my son and I for what we were to experience.

We opted to borrow and drive a pickup truck, which had nearly two hundred thousand of hard African miles on it. On the first day, we had three flat tires during the first hundred miles of the fateful trip because of the huge potholes. We aborted the trip. The road was first paved in 1967 when the country had abundant income from copper exports. Lately, the roads cannot be easily repaired after the rainy season because the country has hit bad economic times. The majority of American drivers would not make it on the Great East Road of Zambia not for lack of driving experience but lack of special skills and tip top physical shape which can only be utilized on such pot holed one lane roads.

First, contrary to most sports that may only demand one or the other, driving on this road requires good upper and lower body strength. The lower body strength is for sudden frequent shifting of gears as abrupt braking and accelerating is the least of your worries. Our pick up truck could not mechanically exceed forty miles per hour as it was loaded with a number of roofing sheets, six chairs, a table, ten boxes of an assortment of goodies, plywood. All of these were being sent to the village by various relatives in the city. The upper body strength is for the necessity to swerve rapidly while bobbing your head from side to side as though you are boxing with both Mike Tyson or the legendary Mohammed Ali at the same time. The top agility of the mind and body is essential as you must be able to see further ahead. This in order to spot and anticipate the pot holes, assess their size, distance, whether to straddle over or swerve around them. You could swerve either left or right or to brake and ride over the pot hole or swerve over the shoulder into what amounted into a temporary mini detour into the bush. All of this had to be done in a split second while trying to hold punctuated conversation with your passengers.

The second day, the pick up truck developed clutch and carburetor problems as we drove through the treacherous hills of the Muchinga escarpment. We push started the car several times until it died at midnight three miles to the small town of Petauke. We pulled on to the side of the road. It was quiet with bright stars twinkling in the pitch dark African night. My son and I rolled up our windows and decide to sleep in the pick up truck. It was biting cold and we huddled under the one blanket. Dogs were barking at a distant village and a man was singing in a loud but slurred and labored tone of voice as he walked home from a beer party.

We caught the Voice of America, the BBC, and an assortment of radio stations from around the world in on the short wave radio before we took what amounted to several cat naps. At six Am. in the morning I asked a passer-by who told me there was a mechanic in a village half a mile down the road. The mechanic brought his tools and he fixed the car. We moved on. During the entire trip, the car was to break down at least five different times and we push started it so many times that we got the best physical work out we have had in a long time. The lesson from the trip is that when governments cannot afford to mend the roads, nature partially reclaims them. This was quite evident through our twelve hundred mile round trip drive to my remote village.

As we drove into the village, we were warmly welcomed. The chickens fled into the bush as they instinctively knew that one of them would be made into our dinner as a gesture of hospitality. We visited with relatives. My parents were very excited to see their American grand son. My father, a long retired elementary school teacher, used the opportunity to brush up on his rusty English as he conversed with his American grandson who could not speak but one sentence of the Tumbuka Zambian language.